Michiel Kroder is Lead Designer at HitP Studio. This game development studio is currently working on Schildmaid MX, a horizontally scrolling 2D shmup. I'm really excited to get started with this shooter. But wait a little longer. Quality knows no time and knowing Michiel he only goes for the best. In this interview you can read more about Michiel's background, HitP Studio, Schildmaid MX and new plans for the future. The floor is up to Michael!

Michiel, can you please introduce yourself?
Hi, I am Michiel Kroder. Since childhood I have been fascinated by interactive magic and the rich imagination of video games and I have been working in the games industry since 2005.

You have been working in the games industry for a long time. From games journalist to content manager at Nintendo, podcast maker (Video Wizards) and also a large collector. You started your own game development studio a few years ago (together with Alter Howdegen). Why the choice to develop games yourself?
Maybe it's a bit of collecting. In 2010 I got more serious about buying older systems and older games that I used to miss or also games that I used to sell and wanted to play again. Playing many older games gave me a lot of ideas, for example based on my observation of certain game mechanics that have never been built on by other developers.

But because I can't program myself, I had to find a partner who could, in the role of designer. I knew Alter Howdegen via Nintendo where he did his internship. He is a brilliant programmer and he was there right away without hesitation!

You are currently working on the Schildmaid MX game as a Lead Designer. What can you tell us about this upcoming shmup?
Schildmaid MX is a horizontally scrolling 2D shooter that at its core is very similar to classics in that genre such as Gradius, R-Type and Darius. However, it is powered by game mechanics and a scoring system that you would expect more in modern shmups like Cave, Treasure or G.rev's. Furthermore, the game has a quirky look, based on 3D models presented as 2D sprites, but more lo-fi with thick pixels, enhanced by modern effects such as real-time lighting. Alter Howdegen's cousin has done most of the work here.

At least as important in a shmup is the soundtrack and it was provided by Ed Tremblay of Studio Mudprints. I've always been a fan of his compositions and he has also done the theme tune of the monthly podcast that I do with Ben Cartlidge from One Credit Classics, called Video Wizards. For Schildmaid MX Ed composed impossibly catchy, melodic electronic music that is immediately classic to me. The soundtrack can also be heard at Bandcamp.

Game reviewers usually pay attention to innovations that new games bring. What should we pay attention to when playing Schildmaid MX?
What you should especially pay attention to when playing Schildmaid MX is that it is the first shmup in which you are invited to mainly fly into bullets. This activates your ship's defense, an energy shield. When this shield is active, you need to hit as many bullets as possible again to make your ship stronger and you can keep the shield active longer by continuing to shoot enemies. The only time to watch out for bullets is when your shield expires and your system needs a reboot. At that point, you are vulnerable for a while. Otherwise, your shield protects you to a lesser extent against lasers and not at all against missiles and collisions, so you should always pay attention to that.

Finally, in Schildmaid MX it is not recommended to use non-stop keep firing, because the longer you keep firing bullets alive, the more bullets you can farm. However, you have to destroy ships in order not to lose your shield, so as a player you have to find a certain balance and a certain rhythm to score really high for a spot on the online leaderboards.

There is actually no few other shmup that play just like Schildmaid MX, so I'm not worried about being judged on how innovative the game is, haha!

You are a big collector of games. It is always a joy to visit a retro game fair with you, given the great knowledge you carry with you. What games inspired you when creating Schildmaid MX?
This is funny, because I'm just talking about how innovative Schildmaid MX is, but the main game mechanics are indeed based on an older game, namely the Super Nintendo version of U.N. Squadron, also called Area 88. In that game, your plane has a health bar and if you get hit, you'll enter a "danger state" where the next enemy hit will kill you. If you survive that period, your health bar will be active again, albeit less stocked. That danger state inspired me for the Schildmaid MX system, but then I added the whole shield system to it, based on the question I asked myself: "What if there's a reason you WANT to get hit in our shmup? and the danger state is a consequence of that, which you have to deal with afterwards?". Furthermore, Gradius was my first real shoot 'em up on your well-known NES and of course of great influence and the three ships that you can choose from are based on the characteristics and the corresponding color schemes of the three ships from Cave's DoDonPachi. Psyvariar was a more subconscious influence, because I've always found it fascinating how that game makes you look differently at enemy bullets, as opportunities to increase your score and the power of your ship, rather than something you just move away from.

Which platform(s) will Schildmaid MX be on and do you already have a specific date in mind?
First on PC and Mac via the independent storefront itch and then later on Steam. We also want to release it on Nintendo Switch, via the eShop. Then we'll see!

Which game(s) are you currently playing?
I don't really have time to play much besides Schildmaid MX. Right now I'm working on improving all the level designs, so that means making adjustments and then testing right away to see how my additions and changes turn out. But I just got some new old Mega Drive games in so in between the acts I play a bit of Musha Aleste and a short game of Flicky. The first one may need no explanation, that's a famous vertical scrolling shooter from Compile. The second is a nice addictive simple game that you can play for a short while.

Looking to the future, what kind of game would you like to produce?
We still have a lot of ideas, but also a lot of plans for a more extensive sequel to Schildmaid MX. I think that's what we're going to focus on when we're done developing our first game.

Besides your love for games, you are also a big hip-hop fan. Do you have any current albums in store for us that are worth listening to?
With hip-hop it's like games to me at the moment: I'm mostly listening to older music and older albums, haha. But if you like dirty, dark hip-hop, you should especially like the people of Griselda: Conway the Machine, Westside Gunn en Benny the Butcher. Conway released the album "La Maquina" in April and it's also at the top of my list to listen to.

Finally, what is your all-time favorite console?
That is both a difficult and an easy question! Difficult because I don't want to pull a console and there are enough indispensable games for all consoles from Nintendo, SEGA, Sony and Microsoft that I have. But also easy because if I really had to choose one, I would choose the SNES. Although it was my second console after the NES, it has had the most impact on me. And while many people think that the SNES was not a console for shmups, just to stay in those realms for a while, it still has masterpieces like Super Aleste, R-Type III and Parodius, in addition to, of course, U.N. squadron. 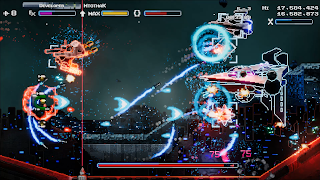 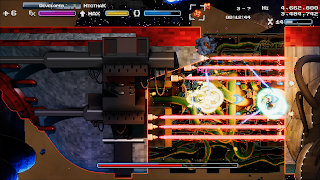 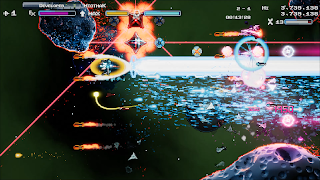 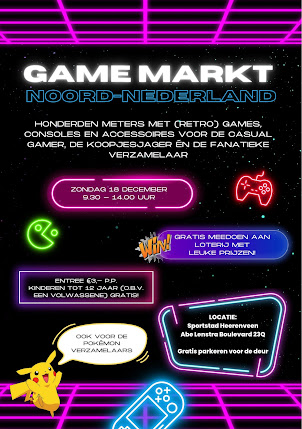 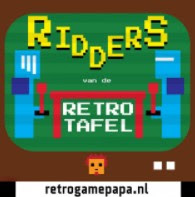